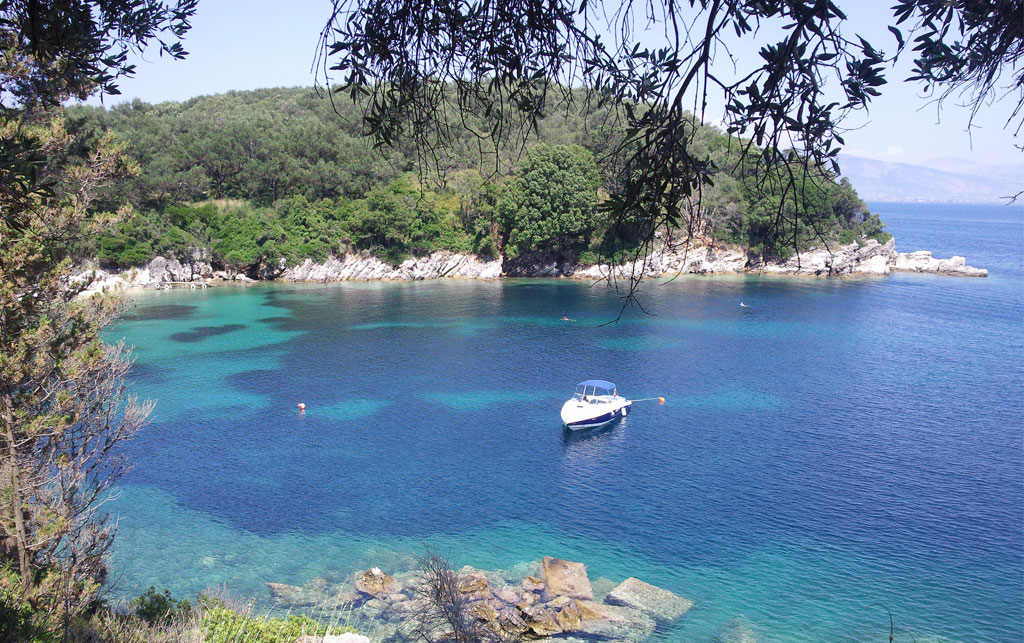 The Palace was built in 1890 exclusively for Elizabeth (Sissy), the Empress of Austria. It used to serve as the summer retreat of the Empress, who named it Achillion after her favorite Greek hero, Achilles. After her assassination, it was sold to the Kaiser of Germany.

The region of Kanoni and the Mouse Island (Pontikonisi) is the most picturesque spot in Corfu Town. High up on a hill, there is a canon and from there people can see the Mouse Island and the little church of Panagia Vlaherna, linked with the mainland with a narrow pathway.

Corfu Town, the capital of the island, is one of the most beautiful and elegant towns in Greece. It distinguishes between its Venetian architecture and the two fortresses that guard the city.

In winter, Benitses is a calm fishing village but in summer it gets one of the most popular tourist resorts close to Corfu Town.

Paleokastritsa is the most famous and probably most picturesque beach resort on the island. Huge, green cliffs surround the coast and many sea caves can be visited by boat around Paleokastritsa.

Dassia is a long, pebbled beach on the north of the capital. In summer, it is full of tourists and there are large hotel complexes all along the shore.

Latest from our Blog

We are truly grateful for your visit here and hope to have memorable moments throughout your visit. Providing Luxury Accommodation in Corfu, Dassia, Greece. The perfect choice for you and your family. Hospitality, Luxury & Privacy are Guarantee.